Skip to content
NEW! CEO WordPress Theme | I’m using it on this site ♥ 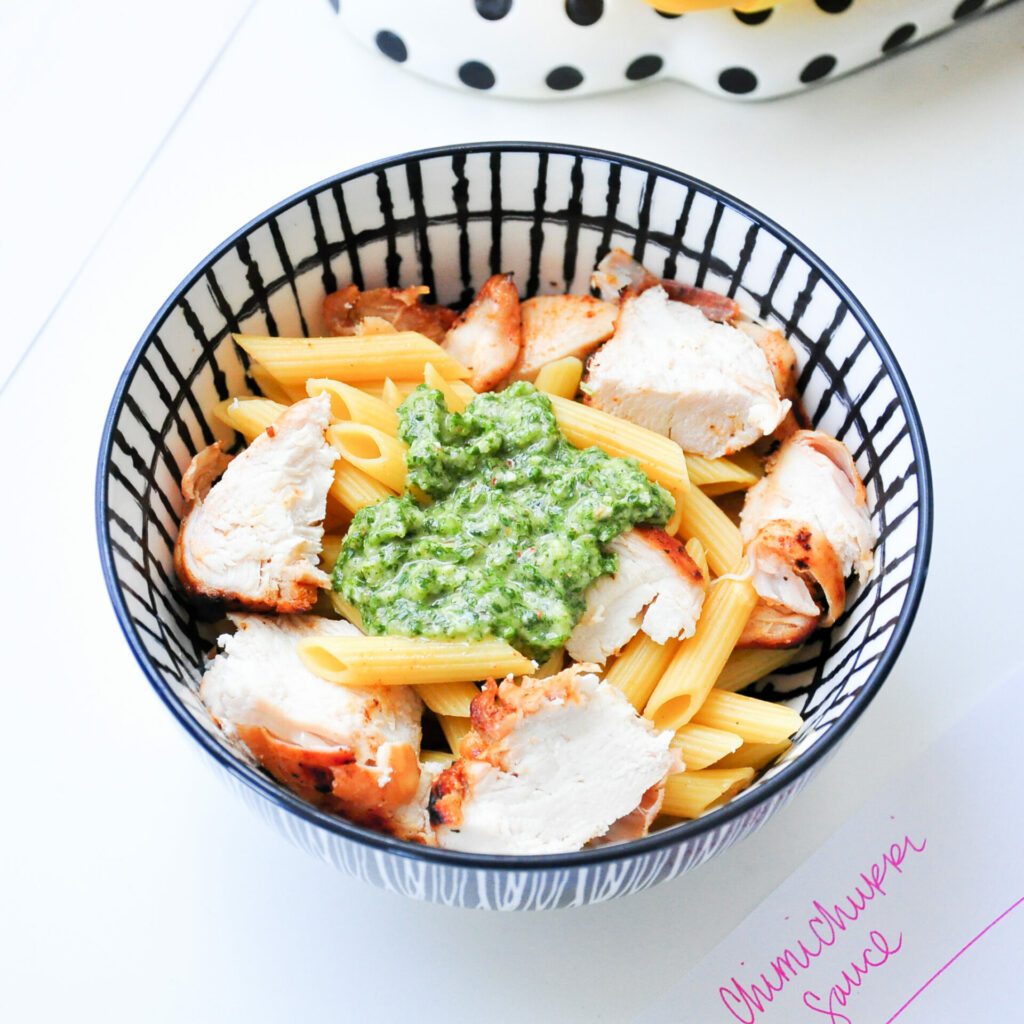 This is one of my favorite sauces, it’s incredibly versatile, fresh and provides just enough tang to send even the blandest of meals over the top. I’ve had traditional chimicurri sauce, and enjoyed it very much, but this ain’t it. This is not your normal chimichurri sauce 😉 While some of the ingredients are similar to a traditional chimichurri, I like to add a few things and change up the consistency so that the end product is a bit thicker. If you’ve never tried any chimichurri sauce before, it’s essentially an olive oil based sauce with fresh herbs . I love cilantro so that’s my base, but a lot of people use only parsley. 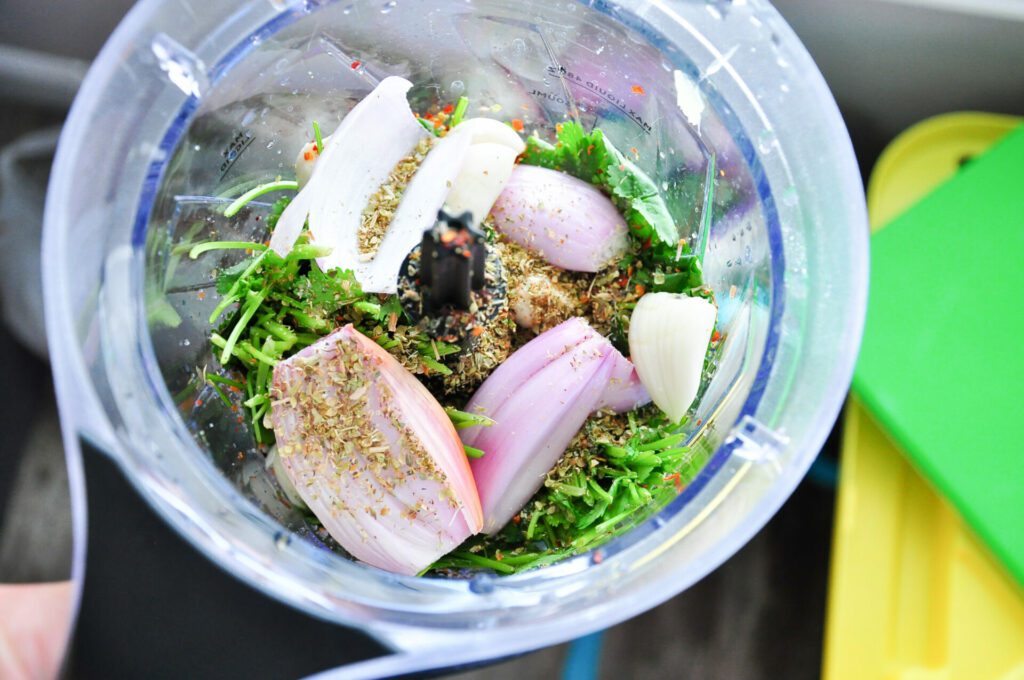 Okay, don’t laugh, but I like to research the origins of dishes when I mix ’em up so I can stay true to the idea while making them my own. While perusing articles on chimichurri sauce, I discovered that while a traditional Argentinian recipe paired with grilled meats, some say it actually originated in Sicily and is used on fish and vegetables. The Sicilian version is called salmoriglio sauce. Interesting! If you want to nerd out a bit, or try a different chimichurri recipe, here’s a neat article I found while researching.

Wherever it originated, I’ve used it on so many things at this point it could be labeled “everything sauce”. I love the tang of lime, but if you don’t, skip that. I also love heat so I added red pepper flakes, leave those out if you don’t. Want your sauce to have a hint of sweetness? Add a tsp or so of honey, or a dash of sugar. There are no rules, only really bad end products if you get too crazy 😉

I mix everything in the food processor, but you can also chop everything up then add your liquid in a bowl until it’s the consistency you like. The food processor provides the thicker consistency I like, but if you prefer a thinner sauce, add the oil to your chopped herbs separately and stir. Vinegar is also a traditional ingredient that I did not include, but you could totally add a splash or two and see what you think.

The perfect addition to pasta, and amazing on flank steak and chicken as well!
Print Recipe Pin Recipe 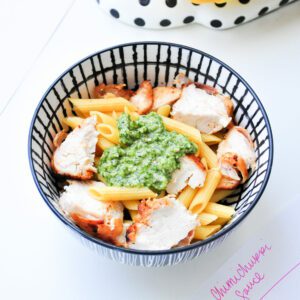 Tried this recipe?Let us know how it was!
PrevPreviousChocolate Peanut Butter Oatmeal Energy Bites
NextWhiskey In A TeacupNext

I've been designing websites since 2005, which seems like yesterday and so long ago. The cool thing is, this line of work keeps you on your toes and always learning new things, which I absolutely love to do. I'm so glad you're here! xo Linz

Add the theme of your choice to your cart

Our hosting is bomb, highly recommend adding it to your cart

My themes are super simple to install, but I’d love to customize and tweak a theme to perfectly fit your brand.

Once you decide on everything, checkout and you’ll receive an email with your next steps.

subscribe for the latest sales, free downloads, and updates.